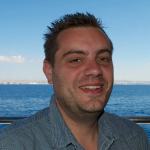 You must need to login..!

This livestream is usually at 9am Monday-Friday before trading opens. Occasionally he also hosts evening sessions when the markets close. Make sure to subscribe to his channel to get updates.

Tone has worked on Wall Street for almost 10 years starting as a Risk Analyst at Bear Stearns and later becoming a VP at JP Morgan Chase in the aftermath of the 2008 financial crisis. His expertise is in Economic Trends, Trading and Risk Analysis. Ever since getting involved in the Crypto Currency ecosystem in early 2013, he has been very active in spreading the relevance and importance of this technology as it helps promote economic freedom. Tone has been featured in several Documentaries like Magic Money & Bitcoin – Beyond the Bubble. Tone is now an independent content creator at ToneVays.com, his YouTube Channel and is the organizer of 3 Conferences: Unconfiscatable, Understanding Bitcoin and The Financial Summit for traders & hedge funds. Tone holds a Masters Degree in Financial Engineering from Florida State University along with Bachelor Degrees in Mathematics and Geology.

The global economy is experiencing unprecedented challenges and change. Business leaders everywhere are grappling with how to transform their companies to become more digital, resilient and efficient. As Watch Video

Why Virtual Blockchain Summit 2020? At a time of great uncertainty for many industries and indeed, the world itself, we gather the founders and CEOs of technology companies, fast-growing blockchain Watch Video